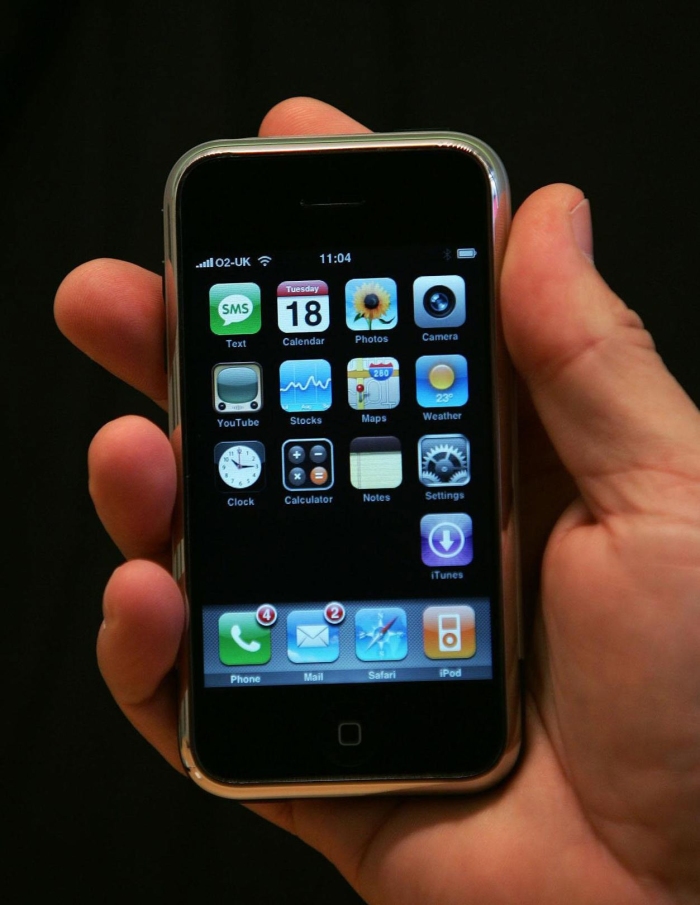 In case you have also forgotten, that beauty of a phone was released to the public in 2007. Now I must admit, I did not have the original iPhone. If you recall, when the iPhone first came out it was only available on AT&T, and I still had a contract with Verizon – that meant I had to wait. But I remember friends who rushed out to get that first iPhone. And they were blown away by how amazing it was.

So why am I bringing up the release of the iPhone? If you haven’t been paying attention to the birthdates of your students, you may not have noticed it, but most of our 5th and 6th graders here at RSI were born in 2007 or later. Think about that. Most of our students have never lived in a world that didn’t have an iPhone! The kids we are teaching truly are digital natives. They have had the entire world at their fingertips their entire lifetime.

Let’s contrast that just a bit with human history. I’ve recently been reading Walter Isaacson’s fascinating biography Benjamin Franklin. There were a lot of things that I knew about Franklin, his role as an inventor/scientist, his time as a member of the Continental Congress, and that he’s a writer and printer. I don’t know that I fully realized what a world traveler he was. I also did not quite realize just how curious he was – throughout his life he found wonder in the world around him, and spent time trying to learn more.

One of the things that being alive in the 1700s allowed Franklin, and his contemporaries, was time alone with their thoughts. There weren’t distractions like television, radio, podcasts, phones. I mean, when he wanted guidance from back home while working on the treaty for the Revolutionary War, he had to hand write a letter, sometimes multiple drafts, send it on a ship back to America, and wait, typically for several months, for a response. Think about how much time he had to just wait and think!

Now, when do your best ideas strike you? If you’re anything like me (and brain research says that most humans probably are), it happens in your moments of rest and solitude. I can’t tell you how many times a great idea comes to me in the shower, only to be lost by the time I get out and have a way to write it down. The truth is, there is constant thinking happening in our minds. Sometimes it’s self-talk, sometimes it’s planning, but other times it’s when we get our best ideas. How often do you spend hours laboring over something, not quite sure how to make it perfect, only to become frustrated and walk away? Then, in a free moment, it suddenly clicks and the solution you’ve been looking for is right there.

Our students don’t have enough opportunities to just wonder, to think, to get bored and then allow creativity to get them out of their boredom. Most digital natives are not used to that feeling. They are used to getting what they want when they want it. And as such, they need to be better trained to find their creativity and curiosity.

What does that mean for us in the classrooms? Sometimes we as educators get caught up in the idea of “I have to cover…” so we rush in, we swoop them up when they might get a little stuck, we solve the problem for them instead of allowing them the time and space to solve the problem on their own.

Our students, in their long term though, need to be able to work through problems and solve them. The reality is that there are a lot of things that the devices they have grown up with can do for them, but there are also things that those devices can’t do. In his book What School Could Be, Ted Dintersmith spends time in the first chapter talking about the digital revolution and the rapid growth in computing power. While computers are getting exponentially faster every year, and at some point, computers most likely will surpass the average speed of the human brain, they haven’t yet been able to do the creative problem solving that humans can do. Computers can only solve problems that they have the information and programming for. Dintersmith shares that “Children need to learn how to leverage machine intelligence, not replicate its capacity to perform low-level tasks!” The ideas that allow them to learn this skill only comes from time spent wondering or practicing creativity.

Then, provide them with opportunities to be creative! On Wednesdays, our media center has become the hub of creative activity with makerspace activities going on. This feeds the creative mind and soul! It helps our kids to understand that technology is not always the answer! Allow every child to see themselves as creative in some way! Not only does it turn on that part of the brain, it’s a lot of fun for you too! 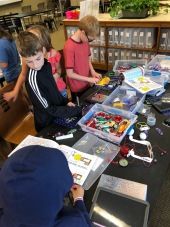 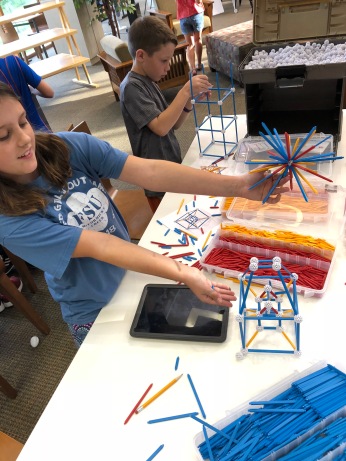 What are your thoughts? How have you integrated creativity and curiosity in your classroom? What have you learned from your students when you take that time to dive into their wonders? Share your thoughts with us in the comments below!

2 thoughts on “Teaching in the technology age”